With the project Kris Haagen I wanted to expose the homely as much as possibly: I paid a man with sex and closeness to make a website entitled the androgynous name Kris Haagen. Alongside living in an apartment, I emptied it: removed doors, panels, walls, water supplies and the kitchen. I slept on the floors and sanded the floors simultaneously and exhibited the intervention to the public with the title Kris Haagen. 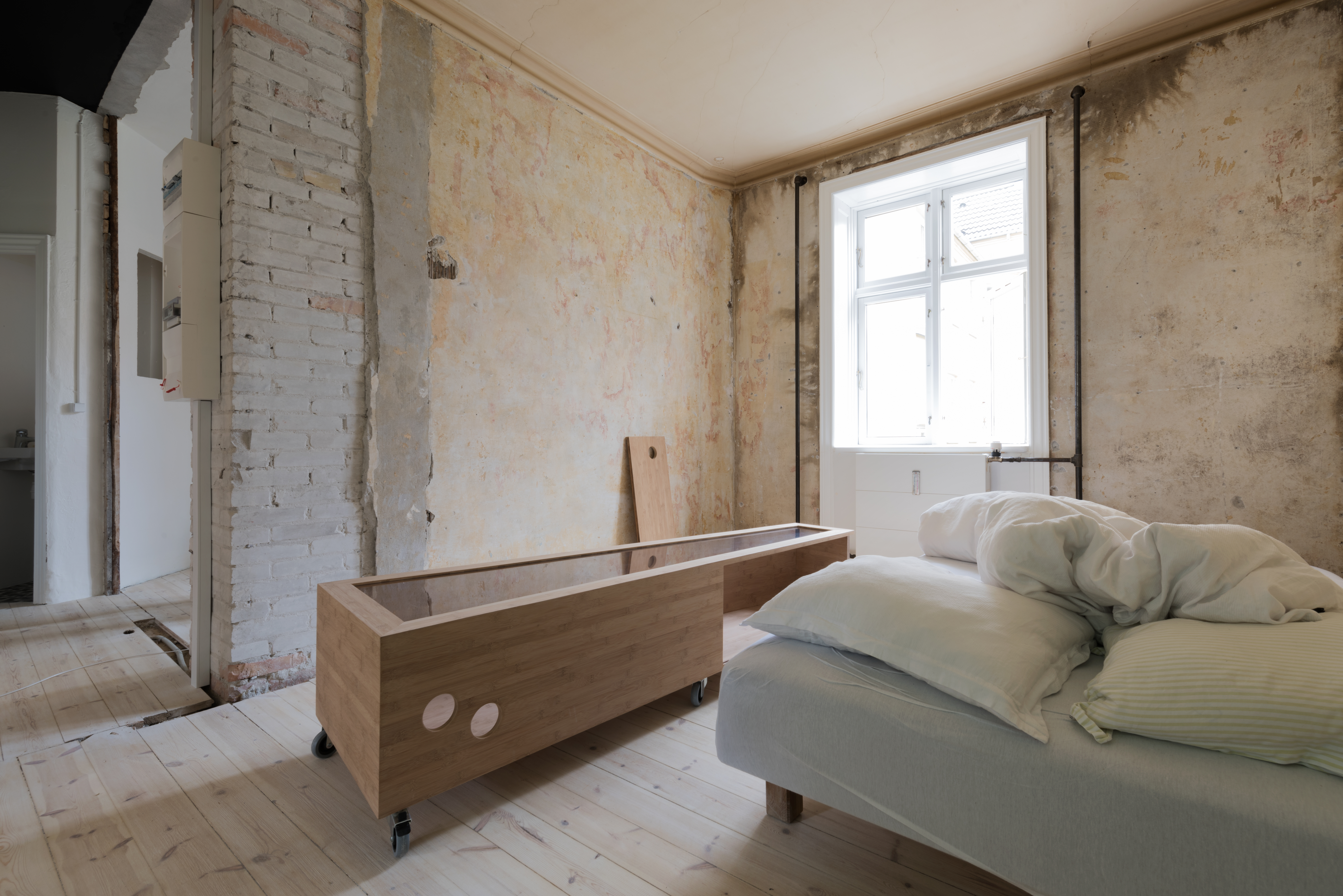 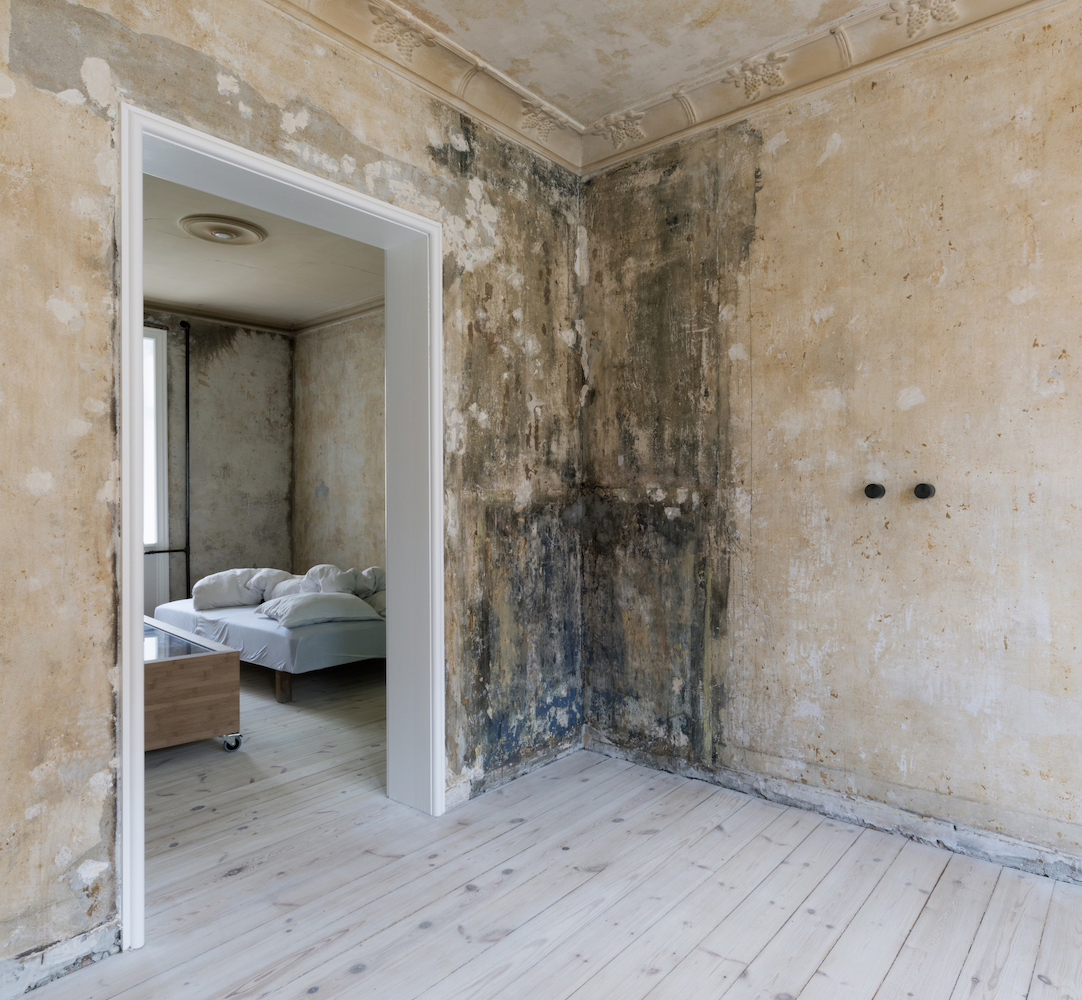 The line of the circle is collected, organized dots; between some dots there is space; others have united made a form that is separated from and appears behind the line. acrylic, steel 154 · 44 · 7 cm, the sculpture is connected to an action which was performed at the exhibition.